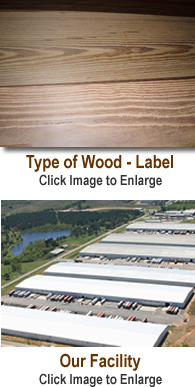 Lane, a native Alabaman, studied engineering at Auburn University. He began his career in the southern yellow pine (SYP) lumber export business with Travers Lumber in 1972 at a small concentration yard in Mobile Alabama. Lane worked from the ground up learning the ins and outs of grading, kiln drying, and re-sawing of Southern Yellow Pine for the European markets. In 1981 he opened a new office in Atlanta for Central National-Gottesman. This company grew to the largest exporter of SYP in the U.S. in the 80’s and 90’s.

Mauvila Timber opened for business in 2003. Lane was the architect in the development of Mauvila’s success today. Mauvila enjoys a business success story thanks largely to Lane’s experience and knowledge of lumber and overseas markets. Mauvila Timber currently has market sales in Spain, Italy, Greece, and France. Lane is expanding Mauvila’s market share to new international markets. “Understanding your customer is paramount” says Lane. “Being able to see the end use of our lumber on their native soil helps Mauvila to provide the correct product.”